Why Data Encryption is Vital to Organizations

30 Jul Why Data Encryption is Vital to Organizations

Posted at 12:38h in General by Liam Beliveau 0 Comments
0 Likes

Is Your Business Data Properly Encrypted?

With recent revelations showing that the personal accounts of our national leaders are just as vulnerable to compromise as anyone else, it is now more important than ever to make cybersecurity a top priority.

Although it is easy to think that the personal password, replete with a simple alpha-numeric key is all that is necessary to protect our information, but Alex McGeorge, a senior security researcher at Immunity Inc, suggests otherwise, “There is no way to be truly secure… But the State Department at least has teams whose job it is to detect a hack as soon as it happens — there is no indication so far that Hillary [Clinton] had this kind of active defense.” 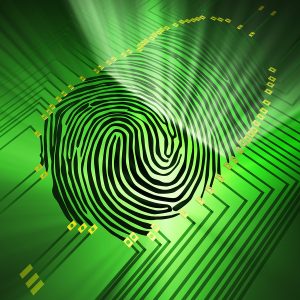 Classified government information is extremely valuable in the right hands. Thus, top-level hacker organizations attack servers around the clock for the chance to access. Though most security experts agree that being attacked is fairly common, the focus should be whether hackers can succeed in breaking the data encryption or not. The difference between success or failure in this endeavor is related to the dedicated (or in some cases, not-so-dedicated) security team of that network.

Whereas Clinton narrowly avoided a compromising situation, The Federal department of the Office of Personnel Management (OPM) was actually victimized by an attack.  According to the New York Times:

“Chinese intruders executed a sophisticated attack that gave them “administrator privileges” into the computer networks at the Office of Personnel Management, mimicking the credentials of people who run the agency’s systems, two senior administration officials said. The hackers began siphoning out a rush of data after constructing what amounted to an electronic pipeline that led back to China, investigators told Congress last week in classified briefings.”

With the continuously increasing incentive for cyber-criminals to launch attacks on networks, it has become imperative to have the right security team in place.

“America’s economic prosperity, national security, and our individual liberties depend on our commitment to securing cyberspace and maintaining an open, interoperable, secure, and reliable Internet. Our critical infrastructure continues to be at risk from threats in cyberspace, and our economy is harmed by the theft of our intellectual property. Although the threats are serious and they constantly evolve, I believe that if we address them effectively, we can ensure that the Internet remains an engine for economic growth and a platform for the free exchange of ideas”

The US National Intelligence Council agrees that data encryption is the “best defense” for computer users to protect their data. In fact, Edward Snowden’s cache of documents that he released contained a report, which has been widely cited in the global encryption debate, highlighting the importance of data encryption efforts. “We assess with high confidence that security best practices applied to target networks would prevent the vast majority of intrusions,” it concluded.

What We Can Learn

How can a business be expected to protect itself when, according to that same report, “cybercriminals” have “capabilities significantly beyond those of all but a few nation-states”?

You may not be emailing the prime minister of a foreign nation (or maybe you are, depending on your industry), so what could be the big deal about routing your work email to your Gmail?

First, your company could need a record of those emails for legal reasons. If you’ve bypassed the company inbox and then deleted those emails, it could look like you’re hiding something.

Second, companies install higher levels of security on their servers than personal emails do, with good reason. If you were to open a personal email and the Cryptolocker virus compromises your company records, you can bet there will be trouble.

If that’s not reason enough, failure to pay attention to network security can lead to lost revenue, business opportunities, reputation, and credibility. Managed IT Security protects your inbound and outbound email communications against viruses, spam, phishing scams, and email policy breaches to help protect your assets and ensure compliance.

Telx takes data encryption efforts very seriously. Our reputation for delivering comprehensive network solutions to your business ensures the protection of your data and recovery of your system in the event of an attack. Let our team of dedicated support professionals managing your network security is a necessary step for a successful organization. To expand the scope of your network’s data solutions, contact a representative today!