We triple protect your information

Telx Computers partners with the elite security providers to bring the best options for firewall network security and network support Miami. From desktop to server, Telx Computers will design top network IT support solution that fits your company, ensuring that your data is protected and your system secure. As a renowned network support company, Telx Computers provides extensive network support Miami, network services Miami, and network IT support to companies and individuals in the greater Miami area, tailoring our wide variety of products and services to our clients’ exacting demands. Our team of highly trained experts stands ready to maintain the integrity of your networks through the implementation of cutting-edge tech, bringing decades of collective experience to bear on assessment and corrective action for any network issues that arise in the course of your operations. But emergency network service isn’t the most important part of what we do – we take care to perform regular preventative maintenance and diagnostics on every network we serve, implementing the latest tools and techniques in the network support industry. Along with that we offer the latest in network security services and threat detection, providing security solutions that keep your networks protected without compromising their performance. More important than network performance, however, is the unimpeded performance of your employees while they go about their daily tasks, which is why we ensure that our security protocols are simple, concise, and easy to follow. In summary, Telx Computers is your elite network IT support, network services, network security, and overall network support company Miami. 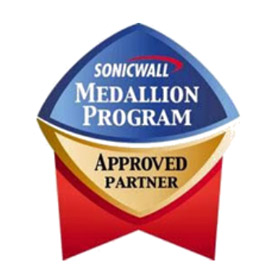 Telx Computers has partnered with a leading Firewall manufacturer, SonicWall. This Firewall product will protect your network and company information as well as run your network efficiently and securely. We recommend, provide, and support Sonicwall firewalls for all our customers. 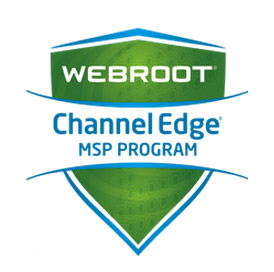 Recently, Telx Computers has partenered with Webroot, a market leader in cloud-based real-time internet threat detection for consumers, businesses and enterprises. Our Webroot partnership allows us to deliver powerful security solutions that protect against even the most sophisticated online threats, without sacrificing system performance.

Do You Have a Great Firewall Security Network Protecting Your Information?

Every serious organization has a local network within the office connected to the largest network: the World Wide Web. While some companies prefer to restrict general access, every network establishes a connection to the Internet in some way or another- e-mails need to go out, company websites need to be updated, etc.

Any of these channels represent a “hole” that can be hacked and used to steal data or introduce malicious code into your local network. The modem or router, the bridge between the Internet and your office network, is usually provided by your Internet Service Provider (ISP).These devices can be more or less complex, but they always establish a connection between your local network and the World Wide Web.Some modems have software installed to protect your network and actually block or authorize access to or from it. This is called a Firewall. A firewall network security system will deny or allow access depending on a set of established rules. Hardware firewalls are small and complex computers with dedicated processor and memory that run highly complex software external to the modem. Hardware firewalls always preferred by serious network administrators. The hardware/software combination found in serious Firewalls will protect your network and its information.

Data is the most important asset of any organization. It moves within the local network but it can also be leaked into the Internet or actually be stolen by malicious hackers. Firewalls protect your network and actually guard the data by acting as a security guard between your employees and the Internet. This barrier will patrol your network and either allow or deny traffic following a set rules, or protocols, determined by your network administrator. Picture it as a group of policemen and traffic lights patrolling the streets and controlling traffic. Websites or different services can be allowed or blocked depending on the business needs.

Any employee that has access to the Internet can potentially expose your network to hackers seeking out weaknesses, or “holes,” in your network security. If they find one, the hacker can “sniff” the network and literally steal your private information, company files, etc. Employing powerful firewall network security is the fastest and most efficient way to protect business privacy and keep it away from criminals.

A digital threat, transmitted by email, has plagued inboxes around the world. Known as “Cryptolocker,” it is disguised as an e-mail attachment, and if activated, will quite literally take a computer system for ransom, demanding payment in exchange for releasing a user’s data. Luckily, some IT companies, such as Telx Computers, have discovered how to remove and deactivate the virus—but urge preventative measures above all else.

Unfortunately for many businesses, infiltration of their networks usually happens by “Trojan Horse,” a term that means malicious software (malware) arrives on a computer or on a network disguised as a harmless file or program, but when voluntarily activated or executed by a user, it engages malicious protocols designed to harm, steal, or otherwise compromise computer systems. Therefore, preventing the initial opening of the attachment is the best solution for defeating the virus.

A US police department actually paid the ransom imposed by Cryptolocker, demonstrating the versatility and danger of the virus. They had extremely important case evidence stolen by the program, which, due to their inability to defeat the program and get their data back, forced them to pay the $750 ransom. Because the program encrypts data using asymmetric encryption, the data cannot be recovered by malware-removal programs; the decryption key from the criminals’ server is the only thing that can unlock the files.