Posted at 18:01h in General by devtelx 0 Comments
0 Likes

Operating Systems – The Bridge Between You & Your Computer 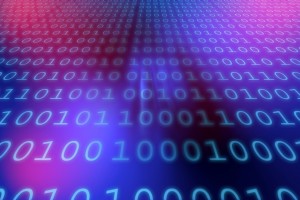 Popular consumer grade Operative Systems are Microsoft Windows, Apple OS X, or the different Linux distributions. Basically Operative Systems are huge compilations of software/code and data written in low level as well as high level programming languages. Their main function is to manage the computer hardware and provide basic functions on the user level. So this basically means that your OS (Operating Systems) is an intermediary between the complex and low level hardware and the application/software that users have access to.

Operating Systems typical functions on the hardware level are: memory allocation, handling and answering input and output requests, plus so much more! On the user level they provide general applications for hardware maintenance such as hard drive maintenance. The OS main code, or Kernel, also creates and assigns resources to different processes created by the different applications.

Modern Operating Systems are able to multitask. This means that they can handle different processes in a smart way. This happens so fast and it’s so intelligently programmed that users get the illusion that everything is running at the same time on their computer. There is so much that a OS can do by itself; creating a dependence between the OS efficiency and the computer hardware. If the hardware is not on par with the OS, then the OS will struggle trying to provide a smooth user interaction.

There have been several types of Operating Systems since their inception in the 1950s. They all use different techniques and are engineered differently. These details are out of the scope of this article. However, keep in mind that Operating Systems can be found on almost any device running software. You might be familiar with Windows or Mac OS, but you can probably see them at work in your smart phones or home appliances such as TVs or DVRs. At Telx we work every day to keep your workstation and server’s OS running smooth. Configuring and securing them so they can function at their optimal levels of efficiency along your computer hardware.